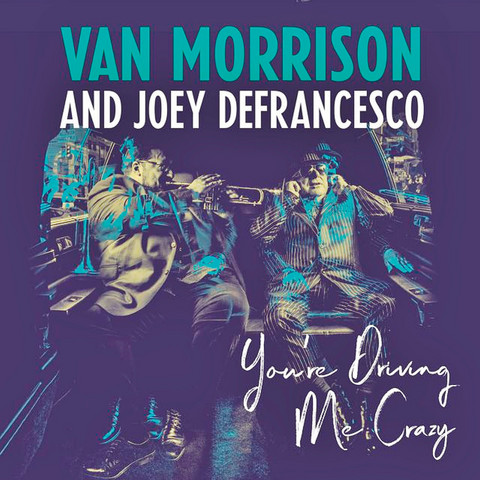 'You're Driving Me Crazy' is a studio collaboration between Van Morrison and legendary Hammond organist Joey DeFrancesco.

You're Driving Me Crazy' is a studio collaboration between Van Morrison and legendary Hammond organist Joey DeFrancesco. It features interpretations of jazz and blues standards as well as selections from Van Morrison's songbook and is the follow-up to 2017's 'Versatile', Van's chart-topping jazz album.

You're Driving Me Crazy finds Morrison collaborating in the studio with DeFrancesco and his band--including Dan Wilson (guitar), Michael Ode (drums) and Troy Roberts (tenor saxophone). DeFrancesco, who signed his first deal with Columbia Records at the age of 16, has performed with  Miles Davis, John McLaughlin, Grover Washington Jr., Jimmy Smith, Ray Charles, Bette Midler, Elvin Jones and many more while leading his own band, and is responsible for bringing the classic Hammond organ sound back to the world of jazz in the late 1980s.